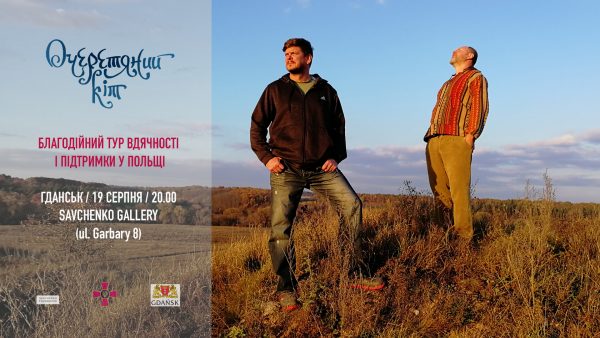 We cordially invite you to the concert of the “Ocheretyanyy kit” band, which will take place on Friday, at August 19, at 8.00 pm in the Savchenko gallery space, at Garbary Street in the Gdańsk Old Town.
“Ocheretyany Kit” is a Ukrainian band founded in 1995.
Team members: Mykola Doliak and Roman Kril
“Ocheretyany Kit” Since 2014, he has been a member of the “Musical Battalion” voluntary organization, which helps the Armed Forces with technical, material, cultural and patriotic support.

The concert is one of the series of musical meetings of the project “Hear the image = see the sound # 2”, which is supported and co-financed by the City of Gdańsk under the “Small Grants 2022” program.